When is International Yoga Day?

International Yoga Day is celebrated every year on 21 June. 21st June was proposed by Prime Minister of India Shri Narendra Modi on September 27, 2014, on World Tourism Day during his speech at the UN General Assembly. The date 21st June was chosen, as it is the Sumer Solstice, the day when the Sun is at the farthest position from the earth and is the longest day of the year in the Northern Hemisphere. The proposed day was supported by 177 nations, the highest number ever for any UN resolution.

Scientifically, the day holds great importance in many countries. This day of transition when the sun starts to move from north to south is reportedly a good time for meditation and yogic practices in India. It is believed any meditative or yogic practices performed on this day are supported by nature and yield wellbeing and inner peace. To know more about Yoga click here. 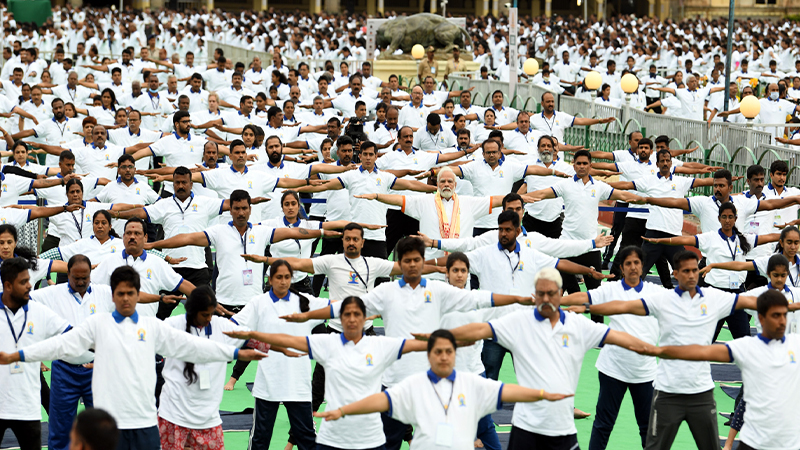 Like previous years, yoga enthusiast Indian Prime Minister Shri Narendra Modi will be participating in the Yoga Celebrations at Mysore. Mysore is the hub of Yoga practicing and learning which otherwise is also known as the ‘City of Palaces’ and is one of the most popular cities visited in Karnataka and South India. As a part of ’75 years of ‘Azadi ka Amrit Mahaotsav’, Mysuru is gearing up for a huge celebration accommodating approximately 15000 participants for the International Yoga Day celebrations inside the Mysore Palace premises. The practice will be performed on 21st June 2022 from 6 am to 9 am.
The eighth edition of the International Yoga Day will be organized and celebrated by the Union Ministry of AYUSH with the theme for the year as ‘Yoga for Humanity’. The celebration will take place in Mysuru and will be celebrated with great enthusiasm in a large gathering. After much deliberation, the theme was chosen to keep in mind how yoga served humanity in alleviating suffering during covid -19. He believes Yoga can bring people together through humanity and compassion post-covid crises. 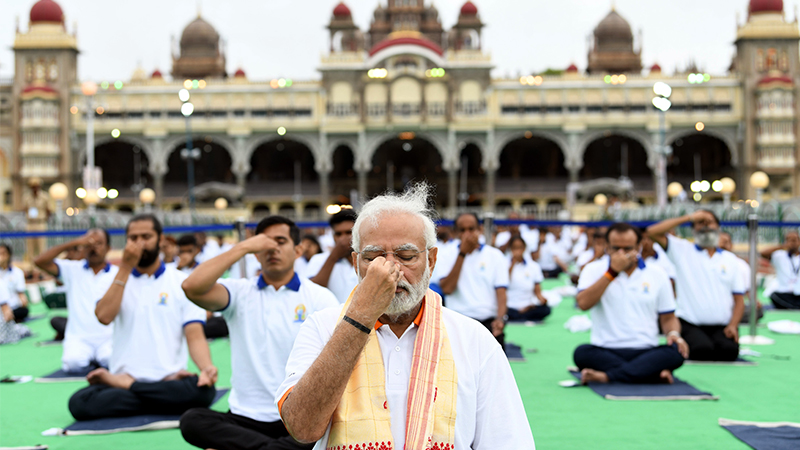 The theme also aims to activate and inspire the yoga community for sustainability and global development. The holistic yogic practice helps not in having a calm and peaceful body and mind but also inculcates love and empathy towards others.

A large turnout is expected to attend the program to be held at Mysore from the villages and gram panchayats following the awareness program by Common Service Centres (CSC) and Common Yoga Protocol (CYP). India will also organize special programs for children, women, especially-abled, and trans genders educating them on the benefits of yoga for their overall well-being including mental health.
The historic and heritage city Mysore is also famous for being the birthplace of the Ashtanga form of Yoga and is the best place to learn and practice the holistic form.
The International Day of Yoga will also be celebrated at Hampi, Pattadakallu, Gol Gumbaz (Vijayapura) and Halebeedu. Let’s join hands for a better, healthier tomorrow. All are welcome.

Other places to visit in and around Mysuru 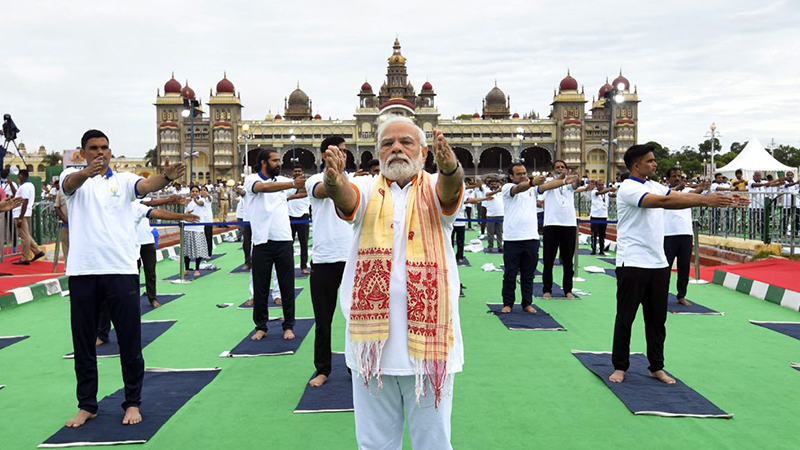 While learning and practicing yoga in Mysuru itself is a must to do, you can also visit ample historic and heritage places of interest within the city and nearby. The other places of interest are Mysore Zoo, Chamundi Hills, Brindavan Gardens, St Philomena Church, Mysore Palace, and much more.